I haven’t logged into World of Warcraft for over 2 weeks now. I’ll go back when the next update comes but not until then. I cannot stomach doing another world quest. I’ve played BG’s in game since 2006. I’m seriously bored of them.  I know if I do rated it could be better but getting into rated is a drag. Making my own rated is a drag. I just don’t have the patience anymore. 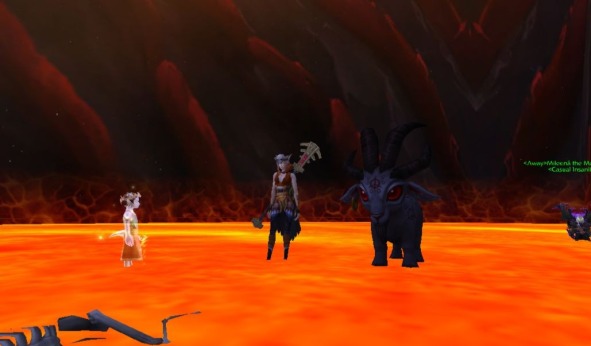 I got my Waste of Time belt and Baa’l but other than that nothing is much fun in the game. I won’t give up yet but for now WoW is on the shelf.

Rather than rush and buy Red Dead Redemption 2 or Assassin’s Creed Odyssey I have decided to be frugal and just finish all my games in my collection. That list includes Kingdom Come Deliverance on PC, Divinity Original Sin 2, Ghost of a Tale also on PC. On PS4 – The DLC’s for Witcher 3 – Blood and Wine and Hearts of Stone, Assassin’s Creed Origins (has only being played for 2 hours). Breath of the Wild for Switch and finishing on my 3DS- Luigi’s Mansion and Ocarina of Time. Those two are really close to the end so I just need to pull up my boots and work through them.

I just have a problem with not finishing games and it needs to stop. Hopefully I don’t get weak and buy another.

View all posts by INJIGO